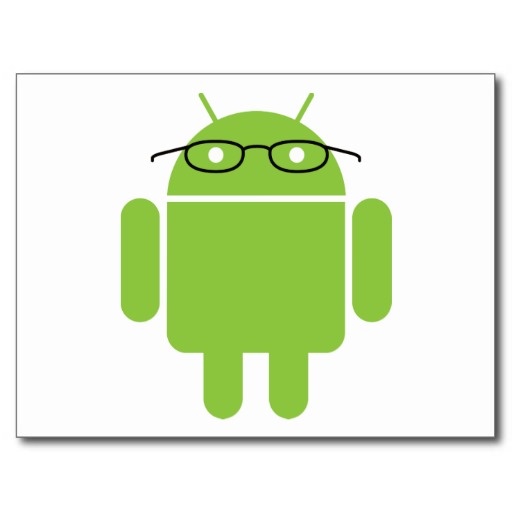 Think – A game that really makes you use your brain!

June Software Inc has made a game using a very intriguing concept. Before there were words and languages, human beings used to communicate only using symbols. Language, in a way, complicates things as much as it simplifies things. The objective of the game is have you look at a bunch of images and figure out what idea Think is trying to communicate with you.

This innovative Android app is a trivia guessing game. The game provides you with a series of illustrations which you have to guess. The minimalistic and simplistic designs of the illustrations are what make the game so pleasing to the eye and fun to play. Think attempts to gradually teach the player how to think visually instead of out loud. The player then uses what he/she learns to construct further complicated ideas during the later levels.

With over 360 engaging puzzles spread across 30 fascinating chapters, this game is sure to rope you in. It’s positioned as a family game, which you can play with your family and friends.

Think is a game that uses a very smart and contextually aware hint system and AI, which helps guide you to the right answer. It gives you hints and clues as opposed to just opening up a few letters leaving you to fill in the blanks (which most guessing game apps do). You will definitely find yourself falling in love with puzzles once again and racking your brains to get the correct answers.

Due to the beautiful visuals and music from an award winning composer, Jim Guthrie, Think never has a dull moment. You can peruse through it for hours at a time, as the game kindles your inner child while solving the puzzles.

If only apps for college kids were available at a time in the past when learning would be easier, life would be easier to. But hey! As the norm of time would have it, here goes another of those ‘made for the college guys’ kind of apps, only this one takes things to the next level. The Test Logical Reasoning app is an application created for you to ensure you crack your entrances be it the SAT’s, GMAT, GRE, TOEFL, IELTS or whichever other exam you could think of. With progress and ease in the heart and soul of the app, that’s all it intends to do even for the students that land up downloading the app. Test Logical Reasoning is an app with a rather simplified interface and makes the use extremely easy and navigable so that the users aren’t too frustrated.

This is more like a ‘keeper’ strategy where the users tend to spend more time on the app simply because the app allows ease in use and navigation that can be highly advantageous to the user as the questions would serve for enough of a brain strain.

The following list of categories is set within the app and the subject categories are tested done through the app for you. Each of these sections has a question that can be looked at directly through the screen as these appear one at a time.

The top of the screen shows a bar with an option to be redirected to the home screen, the questions hoarding to indicate that the questions page is visible and the question number of the total questions in the list.

Below that you see the section of the questions to where it belongs and then the question with 4 options and 10 categories:-
– Number Series
– Essential Part
– Matching Definitions
– Logical Problems
– Statement and Assumption
– Theme Detection
– Letter and Symbol Series
– Analogies
– Making Judgments
– Logical Games

Below this an option to show the answer and on clicking on it a detailed explanation of the answer appears below the question with the key.

It detects the app within the phone and shows an option to use that particular selected app for future selections as well. The Test Logical Reasoning app has been designed for the traveler and studier who travels and like nit to waste time. The app is perfect for this and users who have to move many miles to travel between places can use this on the go to prepare and not waste a single minute.

Here’s a sample question from the logical problems section to give you how the app is:

A. true
B. false
C. uncertain

Answer: Option B
Explanation: Because the first two statements are true, Eric is the youngest of the three, so the third statement must be false.

That’s about it! Happy studying. So it’s been all over the internet about how Santa checked you Facebook wall and knew what to get you. A dictionary! For most of us that may not even be true but hey! Who couldn’t use a dictionary at times and that too in the palm of your hands! The world famous Merriam Webster Dictionary comes to you with the fastest most apt and comprehensive English dictionary you’re going to see on the Android space.

With over thousands and thousands of words, this dictionary will bring home the true meaning of English and ensure you never go wrong when you’re in need of a big fat book full of words.

The Merriam Webster Dictionary opens up in a typical dictionary format with a few tabs at the bottom end for easy navigation and a simple search bar at the top for you to look up a word when you need to look for the meaning.

The first thing you can do to test and check the feature of the app is type in a word and see how the interface functions and how quickly the word meaning loads. Once you do that you’ll be surprised to see that the words load up pretty fast which essentially is a huge dividing factor between the Merriam Webster Dictionary app and others of its kind.

Another key feature is that you don’t even have to be connected to a data plan to search for words.

The word appears with the written explanation of its pronunciation and a speaker at the side for you to hear how the work dos pronounced too. Followed by the part of speech it belongs too and an example at the bottom of the screen of the word usage the entire page is filled with words for you to completely understand and perhaps never forget the meaning of the word.

In addition to that, on scrolling down, what the Merriam Webster Dictionary app does for is provide you with the origin of the word and the synonyms and antonyms for an overall perspective and insight of the word.

The Merriam Webster Dictionary app is compatible on mobile devices and on tablets as well.

The core functionality on the tablet allows you to see the word in the side of the screen as a part of the family of words it belongs too and the other words above and below it in the dictionary.

The presentation on the tablet too is elite and gives an extremely rich feel to the user using it.

The Merriam Webster Dictionary app gives you the word of the day so that you’re in touch with your vocabulary too.

Further, it also gives you the recent words functionality, so if you’re studying for a test which has a certain list of words in it what you will receive is a list of those very words in your history, when you look for them.

For those of you lazy ones, you can also speak into the microphone and it’ll give you the meaning through the voice detection feature integrated within the app.

All in all, this is one comprehensive Android app and for the nerdy college student, you’ve got the big book in your hand!