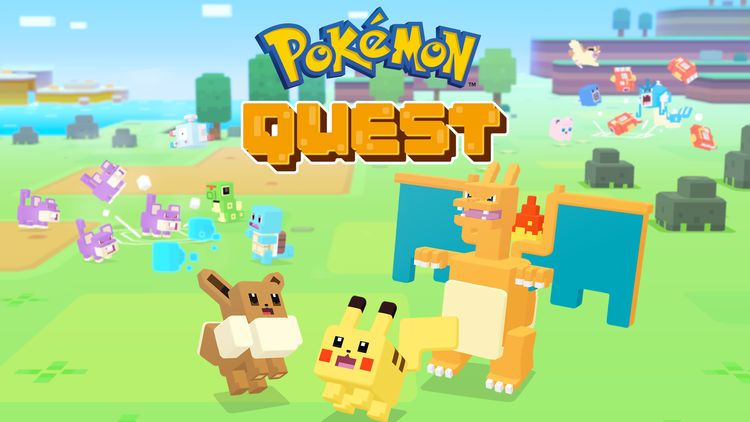 Pokemon GO has greatly lost its popularity in other parts of the world except for the US and some parts of Southeast Asia. To save the Pokémon’s pride, a new Nintendo Switch Pokemon game is coming to Android and iOS.

Introducing Pokemon Quest – the latest game in the ever-popular Pokemon franchise. The game was first released in Nintendo Switch a month earlier. However, people realized it is more of a mobile game than a console. And the best part is it brings nostalgia from the original series.

This franchise will be somehow different from previous Pokemon games because humans are non-existent. From the start, Pokemon Quest will place into Tumblecube Island inhabited solely by the original 151 Kanto Pokemon including Mew and Mewtwo.

After the short intro, you get to choose your name and a starting Pokemon. You will no longer have to spend restless nights running around the grass just to catch Pokemons. Here you’ll have to cook dishes to attract Pokemons to your camp. Once caught, you can assemble them in three and send them out to explore different areas.

At first glance, you might find it very similar to Minecraft due to its cubic appearance. For better or worse, it’s not.

The game is still developed by Game Freak, but the graphics are quite a departure from the anime graphics. It takes some getting used to, but it’s not hard to adapt. The cute cubic graphics and colorful scenery should catch your feel in no time.

It is somehow hard to recognize some Pokemon at first because even Voltorb is cubic. Overall, the graphics are still interesting and it’s the first we’ll be seeing the cubic version of Pokemons.

There will be no more walking, running, and island hopping for Pokemon Quest. The game is mostly focused on sending your Pokemon team to expeditions.

The team of three Pokemons sent to an expedition will move to a fully 3D stage and fights waves of other Pokemons and bosses. Just like the dual mode from old Pokemon games, you can control each Pokemon during the fight and yours is the ultimate decision on what ability to unleash.

The game also features a stamina system that limits the number of expeditions you can do. The starting stamina is five and regains one every 30 minutes. It’s a free-to-play game, but premium currency and PM tickets are still available for purchase.

Pokemon Quest is not bad for a free-to-play game. In fact, it’s a great predecessor to Pokemon GO. Although you might find it a bit strange to see cubic Pokemons, they’re easy to get used to. The gameplay is easy, fun, and not so competitive. It’s basically just a kill-time from the start that will eventually get you hooked in the long run.