Google has done so much to effectively manage Android’s background resource usage with the last few updates. And now Android Oreo adds another improvement to the table with the new Background Execution Limits. This new feature limits what an app can do when it runs in the background including the resources used and broadcasts requested.

The Background Execution Limits are developed to be automatic in Android Oreo so you don’t have to do anything at all to take advantage of them for as long as your apps were developed with Android 8.0 Oreo in mind and coded to use this feature. Unfortunately, not all developers go over to certain extremes to add that particular code. And if you have some old apps that you still use but is no longer in development, well it means that they won’t limit themselves automatically either, so you have no option but to limit them yourself if you want to save your device’s battery life. The good thing is that you can definitely force this feature to work even with old apps, courtesy of a toggle provided in Android Oreo.

Take note that it’s different compared to Android’s stock Battery Optimization feature. Both of these features work together, take the case of RAM and CPU cycles, for an enhanced overall experience, especially those apps that start to pile up in the background.

To force Background Limitations on non-optimized Android apps, follow the instructions below, but before we start, keep in mind that if you want to force these restrictions on apps that haven’t been updated to Android Oreo yet, you have to do it for each one of them.

The first thing you have to do is to open the notification shade and the tap the gear icon for Settings to open it. 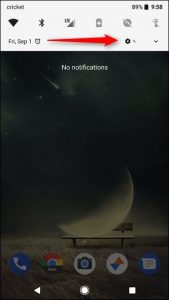 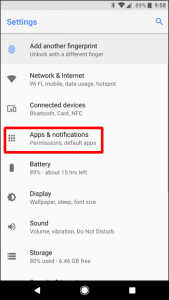 After that, tap App info – this will open the list of all the currently installed applications. 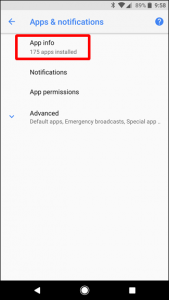 From there, select any app. Any app will do. In this case, we’ve picked Chrome Beta. Look for the option Battery and then tap it. 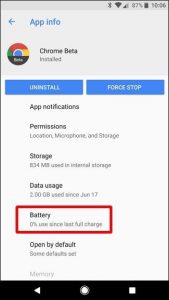 So if the app has already been optimized for Android 8.0 Oreo, you get to have only one option in the Manage battery usage section that reads Battery Optimization. 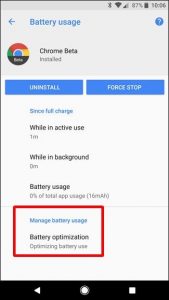 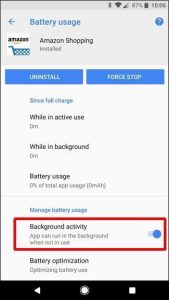 So you can go ahead and drag that toggle to the left to limit the app’s background activity, making it more in line with the other Android Oreo apps. 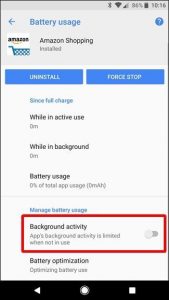 While it hasn’t been determined how much battery life this feature could actually save, it’s pretty much worth a shot if you really want to prolong your device’s battery life. In addition, enabling this feature to many apps should provide a noticeable bump in your device’s system performance since the less apps running in the background, the better power for anything in the foreground.