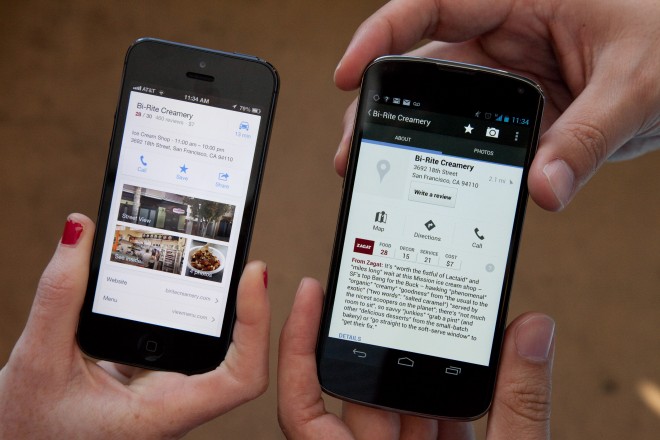 Wasn’t it Napoleon who said not to interrupt your enemy when he is making a mistake?

In any case, Google Maps is now available for both iOS 6 and whichever version of Android you’re currently using. But iOS 6’s Google Maps is a little different from the Google Maps you’ll see on Android. Today, we’re going to breakdown these changes to show you what’s different – and how those differences affect the way you get around town.

UI: But first, let’s start with the similarities. Both versions are fast, slick, and modern. They both feature the same Maps interface we’ve known and loved for many years. Google’s UI design has always been a strength, and we see that with the Google Maps app on both iOS 6 and Android. 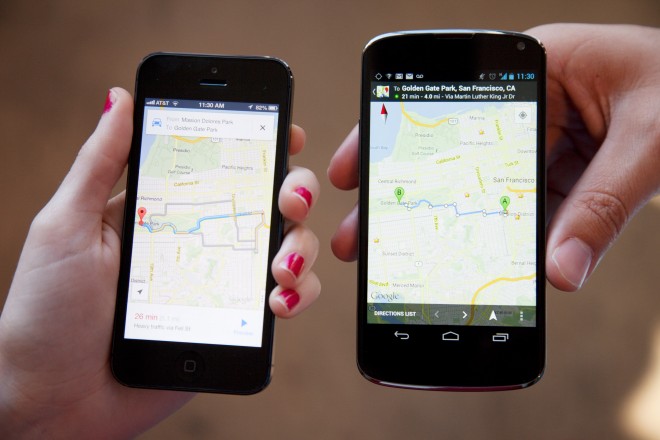 Google search: Searching for businesses and locations on Google Maps is a breeze on both Android and iOS.

Street View integration: Both apps have Street View that will show you the exterior (and quite often the interior) of a particular business or location.

Beyond the basic foundations listed above, there are some important differences between Maps for iOS and Maps for Android.

Bike directions: There are no bike path directions for the iOS version of Google Maps. The Android version features the same bike route interface that you find on the internet, including solid green lines for roads with bike lanes and dotted green lines for bike pathways. 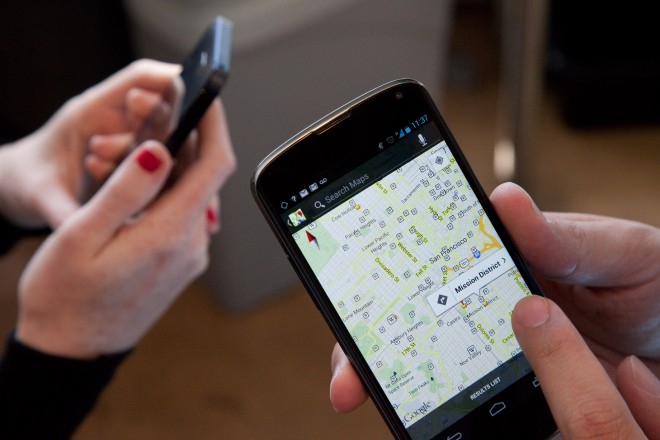