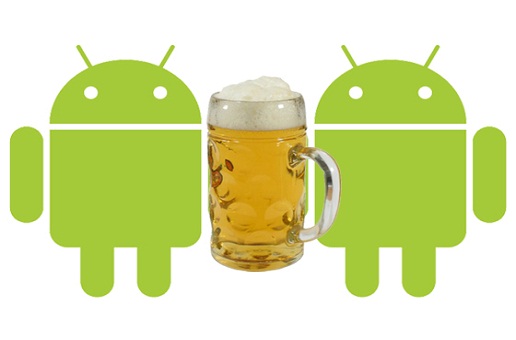 I don’t know about you, but in my circle of friends, the majority of liquid-related phone accidents involve alcohol. Friends might drop a phone in beer or a glass of rum-and-coke, for example, at which point salvaging it is basically a lost cause.

A full video of the waterproof technology – and the actual beer dunking process – can be seen here:

As you can see in that video, the Android is totally protected against some of the world’s most dangerous liquids. And by dangerous liquids we’re talking about orange juice, Pepsi, and beer.

The most amazing part of that video is the fact that the Android is protected even without the battery cover on. This isn’t your typical waterproof case that wraps around the outside of your device and makes it too bulky to fight into your pocket. Instead, it’s a system that coats the circuitry of your Android to prevent its most important components from getting soaked or sticky.

HzO uses nanotechnology to protect Androids, which would obviously work at a much deeper level than those other companies that are still stuck using primitive molecular technologies. The nano-level solution seamlessly coats the circuitry of the device and protects it without adding any sort of bulkiness or visible layer to the device. 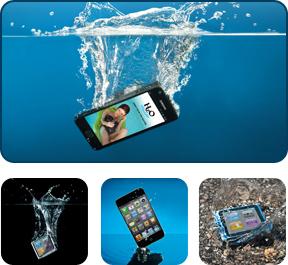 For manufacturers, not for consumers (yet)

Although this seems like it would be a great idea for consumers, HzO is marketing its sealant system strictly to manufacturers. The company’s goal is to add the sealant to phones at the factory level, which means consumers would be investing in a waterproof, beer-proof, and humidity proof phone.

But here’s the problem. As Rob Jackson over at Phandroid.com points out, manufacturers don’t want to make waterproof phones. They make so much money off of selling top-dollar replacements for water-damaged phones that it simply doesn’t make financial sense to protect consumers – go figure.

Hopefully, an Android manufacturer will come to its senses in the near future and install waterproof protection on its phones for a slightly higher price that consumers are willing to pay. If a manufacturer can do that – and be successful – then others could be willing to follow suit.

In any case, HzO is exciting technology. I’ve never seen another Android waterproofing company be so confident in the quality of its product that it is willing to dunk a $600 device into vats of multiple liquids with the battery completely exposed. We look forward to seeing where HzO goes with this in the future.