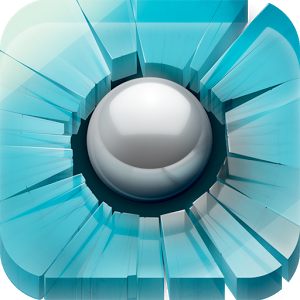 There are numerous Android games but what makes one better than the other is the amount of fun & engagement it induces in the enthusiast. And talk about runner games, there are plenty ranging from highly addictive to the most monotonous ones. Luckily, ‘Smash Hit’ is one of the former types. This innovative runner game for the Android platform fairly excels in almost every department that is required for the making of an addictive mobile game. This is one game Megadeth would surely love to endorse.

Breaking Into the Smash Hit Universe 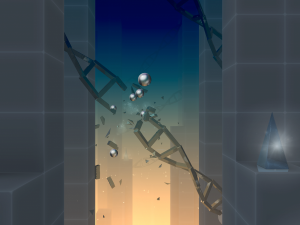 The game revolves around a journey wherein the player moves through an out worldly dimension by smashing everything that comes in the way, while synchronizing with the sound and music. The gameplay is indulging as it requires substantial amount of concentration and timing. The primary agenda is to make our way through a futuristic world by smashing targets and obstacles in our path, and thus experience the best of destruction physics on a mobile device. Two characteristic features that define this foremost game are:

While the player travels through the futuristic dimension, he/she encounters a number of obstacles in the form of glass, barriers and glass pieces. The player needs to clear through by smashing anything made out of glass with metal balls. We need to hit more and more crystals as this helps us in earning more metal balls and these balls are extremely crucial for the progress of the game. If we can strike a continuous hit of 10 or more crystals in a row, the game enables us to throw multiple balls at a time for the price of one. The player needs to keep a check on the ball count and should try to collect as much as they can along the way, because the game is designed in such a way that it ends in the moment last ball is thrown.

We reach designated checkpoints as we progress through the game and the premium version which comes at a cost of $1.99, allows us to start from these checkpoints thus avoiding repetition of the whole level from the beginning. The premium version also allows a player to sync their progress in multiple device via the iCloud support. 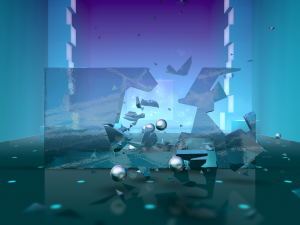 The music is predominantly based on the game atmosphere and it gets more intense as difficult situations approach. The sound is immersive and grows into the player, thus adding to the overall gameplay. The game is delightful and tantalizing in terms of execution – the detailed graphics, the action & reaction demo and the detailed sound. It’s a great game but the title is misleading for enthusiasts other than the fans of this genre. One needs to try it to taste the addiction.

The game is free and is available for download on Google Play store.