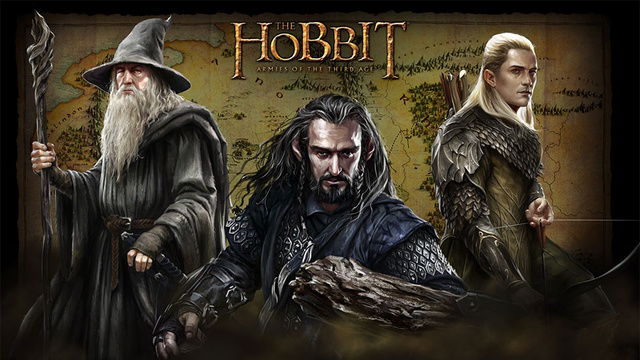 The Hobbit is one of the most anticipated movies of the year. For those who can’t wait until the release of the movie, a new Android game was recently released. That free game is called The Hobbit: Kingdoms of Middle-Earth. Here’s our review:

From hereon out, we’re just going to refer to this game as The Hobbit. In The Hobbit, players play as either an elf or dwarf civilization. The goal is to build cities that can withstand goblin attacks as well as attacks from other players.

So yes: The Hobbit is a city-building game, not an RPG. Since there have been plenty of RPG-related Lord of the Rings games, many players will find this change to be refreshing.

Another interesting addition is the fact that this is a massive multiplayer online strategy game (an MMOSG?). Your city is in a land with thousands of other players, and you can forge diplomatic alliances with other leaders.

So if you’re familiar with games like Tribal Wars, then The Hobbit looks mighty similar to that. Which is certainly a good thing. It’s also very similar to games like Arcane Empires for Android, so if you like that game, prepare for more of the same in The Hobbit. In fact, The Hobbit can almost be considered a different skin of that game – the gameplay elements are the same, but the characters and cities look different. 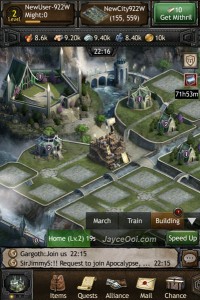 The dwarf and elf civilizations have access to unique buildings and troops. Each civilization also gets special quests that they use to advance in the game.

The ultimate goal of the game is to bring peace to the territories of Mirkwood (for elves) and Rhovanion (for dwarves).

Like many persistent browser-based strategy games, it’s difficult to quit once you get started. If you’re out and about, you’ll always feel the urge to check how your civilization is doing. You can spend upgrade points on new buildings and watch your civilization grow from a tiny village into a bustling metropolis.

Since the game is still in its infancy, it’s difficult to say much about the end-game. However, it looks like it will take a long time for cities to grow into their most powerful stage, so you’ll have to make sure your cities are well-defended if you want them to last.

Speaking of defense, you have seven days to build up your city before other players can launch attacks against it. Seven days might seem like a long time, but once that period is over, you’ll still find your city to be woefully unprotected, which is why it’s a good idea to find some friends and form an alliance of cities.

No Android game is totally free. If you want to get ahead of the competition in The Hobbit app, then you can spend real cash money to do so. That’s right: players can purchase resources with real cash. So, instead of waiting for your city to develop enough resources on its own, you can spend a few bucks to get a jump on the competition. Some players might not like it, but that’s capitalism at its finest. 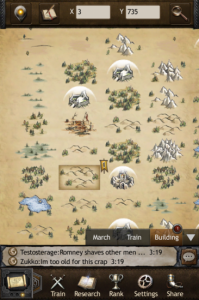 One of the coolest features of The Hobbit app is the global chat feature. Located onscreen, this chat helps players find alliances and discuss strategy. Just days after the release of The Hobbit, the chatroom is already bustling with activity.

Like all good mobile games, The Hobbit is designed to be played in short and fast bursts. You don’t have to monitor your city all the time. You can check on it, upgrade buildings, launch a fast attack, and then put it away for the day. When you’re not playing the game, your resources accumulate, which means the longer you spend away from the game, the more you’ll have to do once you get back.

The Hobbit: Kingdoms of Middle Earth is currently available for free on the Google Play Store. It’s getting good reviews from most users and currently has an average rating of 4 stars out of 5. And best of all – it’s completely free.