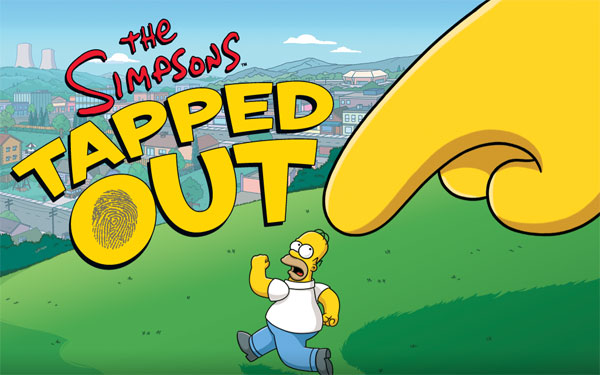 Your favorite animated sitcom family man is back, and he’s stupider and yellower than ever before. Yes, we’re talking about the one and only “Master of D’ohs”, Mr. Homer Simpson. Say hello boys, because this big yellow blob of adorable slob is about to bring you a lot of fun through the all new Android game – The Simpsons: Tapped Out (TSTO). 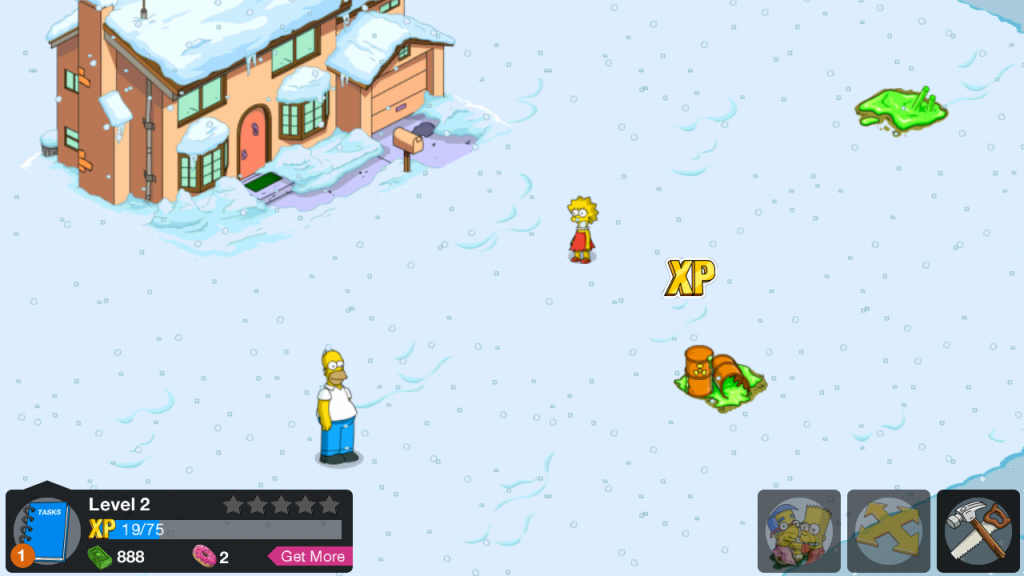 The best part of the game is how it weaves a back story that will actually hook you in right from the start and keep you emotionally engaged till the end. It starts with Homer Simpson, the big goof playing a game on his iPad, and thus ignoring his work which leads to his world, the animated city of Springfield meeting its end. The animation is topnotch and delivers some superb graphics. It’s like an extended page of the television series itself and for fans of the show, it actually presents a good chance to participate in the drama that is Homer Simpson.

The back story ends in a mission, and every time another character meets Homer through comments, the app designers fill you in on more of the story regarding the incident and what happened to the people in the city. Hence, it’s a lot more than just aloof challenges you really get involved in the narrative based game. The characters are more people you recognise from the show. Objectives of the game are based upon character personalities, involving you in the story as it unfolds. As always additional quests can be completed for additional rewards.

The game progressively makes you meet more characters. Successful missions help you populate your town with these characters. Characters feel real by retaining their voice and traits from television. 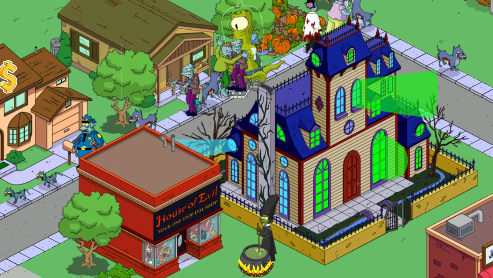 It’s a lot like the other mobile Sims games where each task for the characters is associated with currency and EXP to complete the task at hand. Sims which is technically a town building game continues to stay a town building game even in this version. However, here the importance is attached to people versus stock and buildings as in other Sims. Though, some quests do require you to purchase certain buildings.

The game is slow paces like any other Sims and only those with patience would want to give it a try. It progressively needs greater involvement but immediate gratification isn’t as high as other games.

However, the interface is great. The animation is really nice for a person who likes the visuals of a game as much as the game itself. The game is well adapted to the phone interface and important icons are big enough to function with ease. Characters are easy to move around. For tiny screens though it might be time consuming to navigate. The bigger the screen,the more fun you can have with such a game.

For Simpson’s fans, the game has its own charm because of how perfectly the game captures the quirkiness and nuances of all its wacky characters. For Sims fans, the game is quite great too. It explores characters more than most Sims games, focuses less on the non-animate. Missions are less repetitive than in other games. But as always, Sims the goal is to build as much as you can. Measuring success after a point becomes difficult and can cause a dip in interest.

For those who like racy car games and instant gratification or killing games, The Simpsons Tapped Out will become a bit too slow paced as it utilizes a plotline that inches forward rather than briskly moving along. But overall, it’s definitely a game worth trying for all nostalgic fans of Springfield’s favorite family – The Simpsons.