It’s the time of the season again where the center court in London city will shine and the masters of Tennis will benevolently battle to hold up the shield of ultimate Tennis glory. June 2013 marked the beginning of the chase for grass court supremacy for Tennis stars across the world in the most prestigious tournament of all – Wimbledon. The world of Android being the renowned popularity wave-rider it is has seized this opportunity to create the official Wimbledon app for this season of Tennis excitement that will run from 24th June to 7th July 2013.

For the world of crazy Tennis lovers, this Android app will prove to be the perfect asset because it will cover all the key aspects of the tournament right from the start to the end of the tournament. It will put in that extra bit of fun coverage too so that you are hooked onto your Android devices and the tournament on the whole. 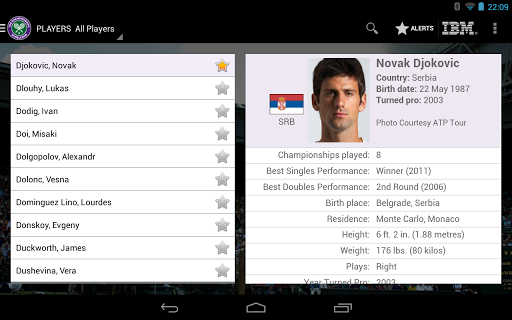 The official Wimbledon app presented by The All England Lawn Tennis Club (Championships) Limited will guide you through the tournament for the entire fortnight with all the LIVE action and reviews that matter to you.

Like every official tournament app launched before the competition begins, this app as well was launched days before Wimbledon officially begun and the buzz has roped in over 3000 review ratings and over 1 million downloads. A clear idea of how devoted Tennis fans are to their favorite players and to following the ultimate Tennis tournament. 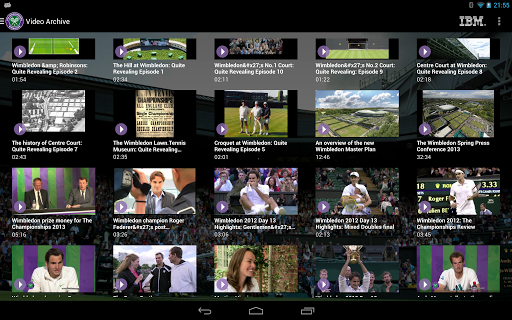 Let us take a look at the best features you can avail of by downloading the Wimbledon app on your Android device:

So that’s the Wimbledon Android app for you. It is nothing less than the sports app of the season and a must-have for every casual and hardcore tennis fan who loves to tune in and cheer for his favorite player.