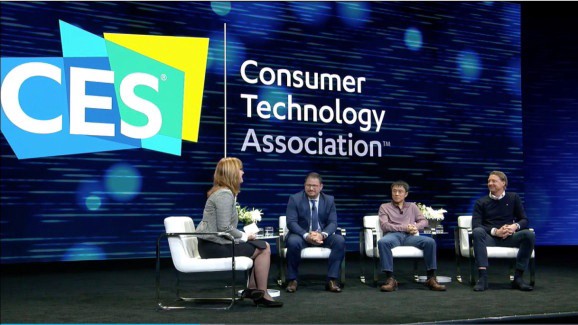 One of the highly anticipated tech events annually, the Consumer Electronics Show (CES), is happening very soon this January. Last year was a bang, and this 2019 we will be expecting the newest products from our favorite brands as well as the next big thing for 2019.

We are looking forward to the launch of the Samsung Galaxy S10, the LG foldable phone, and the global launch of Honor View 20. Without further ado, here are what the Android community should expect for Consumer Electronics Show 2019.

Samsung will be releasing a lot of new techs and appliances during the event including the Samsung Galaxy Home – the Bixby-powered smart speaker which unveiled last year. Sadly, it is still unsure whether they will announce the 10-year anniversary flagship Samsung Galaxy S10.

Considering the events that happened in the United States in which the country barred the use of Huawei networking equipment in the country, Huawei is less likely to be launching anything during CES 2019. The same goes for Honor. However, The Honor View 20 which debuted in China recently is expected to launch globally this January, most probably the same day as the CES.

Google will focus more on software at the CES 2019. The company will most certainly focus on the development of the existing Google Assistant, just like last year. The company has been silent about the CES 2019 and has not announced anything to expect yet on the event.

HTC’s performance in the mobile sector has been pretty bad. So, this year, we might be expecting more HTC smartphone accessories over new smartphone releases. We expect the brand to focus on the HTC Vive – meaning more game demonstrations, accessories, and even a new VR hardware.

Sony usually launches flagship and mid-range phones at CES. This might be the case again this year with Xperia XA3 Plus in the line. According to Android Authority’s source, Sony Mobile won’t have a major presence this year. If this is true, Sony may focus more on their other products such as home appliance and home accessories.

Other brands like Lenovo and Blackberry has probably nothing to announce this year. CES 2019 is less focused on mobile phones this year. This could mean good news since we’ll expect most of the premium flagships to launch together in the coming Mobile World Congress (MWC) 2019. If so, consumers looking to buy a new Android phone can easily compare specifications and choose better options.