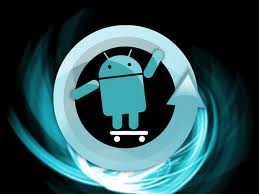 CyanogenMod is the world’s most popular custom ROM for Android. Hundreds of thousands of Android users have rooted Android and installed CM onto their systems in order to make them faster and more functional than ever before.

While CyanogenMod currently supports the world’s most popular Android smartphone – the Galaxy S3 – it may not support that device’s successor, the Galaxy S4. In a surprising turn of events, the team behind CyanogenMod has expressed no desire to develop an operating system for the Galaxy S4.

Why not? Well, there are serious existing bugs with CyanogenMod on the GS3, including ones that prevent the camera from working properly. Apparently, the programmers would have to work through these bugs and thousands of others in order to get the operating system to work on a new device like the GS4. And all of that work does not sound like a fun time.

In a statement to Phandroid, the programmers for CyanogenMod revealed why they are hesitant to port CM to the GS4:

The above statement might seem depressing for CM fans who plan on buying the Galaxy S4. But all hope is not lost. The team stressed that they never “pre-announce support or lack of support for devices.” In other words, they’re going to let the device be released before seeing how hard it would be to hack it. That makes sense, right?

So if you’ve rooted Android and want to make the most out of it, try out CyanogenMod today. Just don’t upgrade to the GS4 until the team has officially announced support or lack of support for it. That statement should come soon after the GS4 is released.