CyanogenMod had humble beginnings as an Android custom ROM. Over the past few months, however, CyanogenMod has attempted to become an innovative, profitable tech company.

GalleryNext is one example of CyanogenMod’s innovation. GalleryNext is the much-anticipated new gallery app for the popular custom ROM.

This past week, CyanogenMod released the GalleryNext beta, which means users can test it out for themselves. Koushik Dutta announced the news on Google+.

Here’s what GalleryNext does differently: 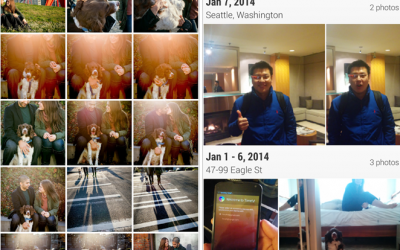 -You can choose to only see gallery pictures from Dropbox, Flickr, Facebook, Camera, or Picasa, for example

-The gallery comes filled with all sorts of neat animations which appear when you click on images, open them up, and edit them

The app has a few bugs at the moment, but that’s to be expected for beta software. I wouldn’t recommend it to casual Android users, but then again, how many CyanogenMod users can really be considered casuals?

Keep in mind that you do have to join the beta and the CyanogenMod community to download the GalleryNext app. If you don’t do steps 1 and 2, then you’ll just see a “file not found” error when you try to open up the Google Play Store link.