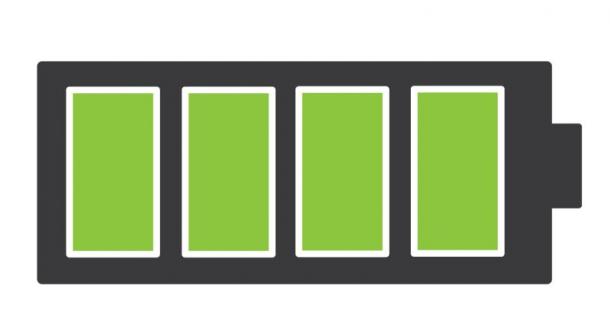 Today’s smartphones are more powerful than ever before. Unfortunately, battery technology hasn’t been able to keep up with the advances in processing power and screen size, and as a result, it’s rare to find an Android that lasts for more than 14 hours or so on a single charge.

A new poll on AndroidPolice.com highlighted how unhappy Android users are with their battery life. A poll question asked, “Are you content with your phone’s stock battery life?” 73% of respondents said ‘no’ while the rest answered yes.

Of course, we’re not throwing Android under the bus here; if you ask other smartphone users – like iPhone users – what they think about their device’s battery life, you might see similar numbers. But Android devices do tend to have lower battery life than their competitors simply because so many apps – like desktop widgets – are running in the background.

One commenter on that poll brought up an interesting issue: manufacturers seem to focus on making their phones lighter and thinner with every new version that gets released. But according to that commenter, most users would prefer having larger devices if it meant a stronger battery life. In other words, who cares about having phones that are 30g lighter and 5mm thinner when battery life is being sacrificed? Others chimed in with similar opinions.

In any case, some people are happy with their Android’s battery life, but most people are not. To find out how to increase your battery life through Android rooting, keep reading.

How to increase Android battery life

Just because your Android has weak battery life doesn’t mean it has to stay that way. If you want to increase your Android’s battery life by a significant amount, then you should consider rooting. Android rooting is fast, easy, and safe with automatic applications like One Click Root, and rooting Android comes with an extraordinary number of benefits.

If you read that list, then you’ll discover that ‘longer battery life’ is one of the main benefits of Android rooting. How does that work? Well, by rooting Android, users have access to new battery optimization apps.

Many of these apps work by limiting processing power when not needed. So, if you’re not running CPU-intensive tasks, then your CPU power will be severely limited. Users will not notice this limit, but it will have an enormous impact on the battery life of your Android.

Why can’t I install battery optimization apps on non-rooted Androids?

Android battery optimization apps are only available to rooted users because these apps require access to the deepest levels of the Android operating system. Changing the processing power, memory usage, and other critical aspects of the device is something that simply cannot be done with a standard Android installation.

After rooting your device, try using apps like App2SD, Gemini App Manager, Silent App Uninstaller, and plenty of other valuable apps. For a list of the best battery optimization apps available for rooted and non-rooted Androids, read this ComputerWorld.com article.