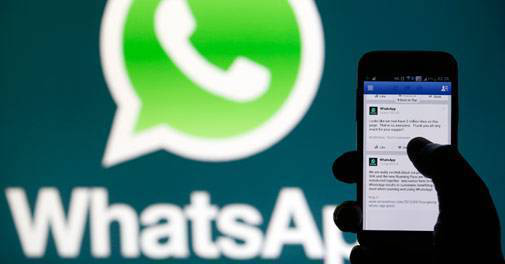 WhatsApp finally released the new and useful “Delete for everyone” feature with the stable build of the device. The new update will be available for Android and iOS as well as Windows phone operating system.

WhatsApp boasts over a billion downloads on the Google Play Store alone and has recently become the most widely-used app not just in the Play Store but also on the iOS’ App Store. WhatsApp even released a couple of statistics that claims that there are around 1 billion active users every day and with over 1.3 billion active users in a monthly basis.

The instant messaging application is even now in competition with other major sharing platforms like Snapchat as well as Instagram as they launched a couple of new features. It also released a new “live location” feature which is also now available for Android and iOS users. And now another feature is also added which has been a long time coming. This new feature is called “Delete for Everyone”. This new feature is also available for Android and iOS users as well as Windows users. The update for the new feature will be released all over these platforms gradually. This new feature serves as a day saver for a lot of users as WhatsApp has become the hub for both personal and professional means of communication.

What exactly is “Delete for Everyone”?

Have you ever experienced an embarrassing moment where you’ve sent the wrong message to the wrong person or wrong people? This is where the new WhatsApp feature comes in to save the day. Since this instant messaging app has undeniably become the go-to application for all sorts of communication – may it be personal or professional. Sometimes the lines can get blurry in between and sometimes you mix up the names and occasionally send an inappropriate text to someone who was not supposed to get it or read it. Apparently, that wouldn’t be a problem now as the new “Delete for Everyone” feature will fix that for you – with this feature, you can tap the inappropriate message and then select the “Delete for Everyone” feature. It then deletes the message from the wrong receiver’s device. However, this feature is not without its limitation as there are certain terms and conditions along with it. One of which is that the message can only be deleted within seven minutes from the time it was sent. Aside from that, any quoted WhatsApp text is also exempted from this feature as these kinds of texts cannot be deleted even in the span of seven minutes. Moreover, there is also another major condition where the receiver’s WhatsApp application should also be up-to-date (didn’t see that one coming did you?). This major condition could be a bump in the road for you as the new feature only works on updated WhatsApp version and not the older ones. This new update won’t also be available on any Symbian operating systems.

It is not a surprise that WhatsApp became one of the widely used app as the company have been aggressively introducing new features and it is also a stepping in the social media sphere with their introduction of features like stories. On the other hand, the coherent rise in a smartphone’s computational power is enabling various applications like WhatsApp to dig deeper into other kinds of communication. And even though popular apps offer features like conference video and voice calling before WhatsApp, the absolute user-base size makes the feature an instant hot for tons of users. The instant messaging app has 1 billion daily active users and over 1.3 billion monthly active users which show that it is definitely the most widely used app for both Android and iOS users.