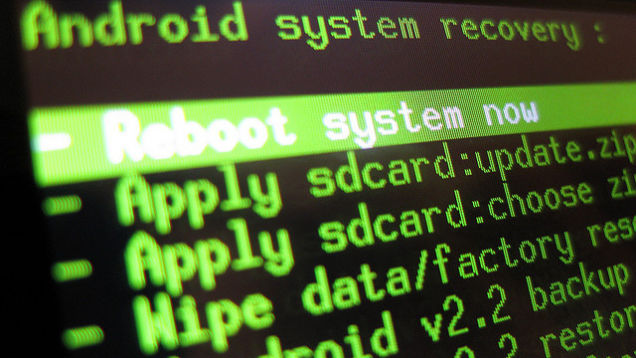 And then there are some apps which refuse to work because you rooted your device.

These apps are few and far between, but they definitely exist. Fortunately, there’s a way to outsmart these apps and trick them into thinking you have an unrooted Android phone.

Here’s how to trick certain apps into thinking your Android device is unrooted:

Step 2) The app is dead easy to use. After installing the app, launch it.

Step 3) Tap the Hide su binary link. This hides the “su”, or superuser, binary that is associated with rooting. Most apps check your su binary to determine whether or not your phone has root access. 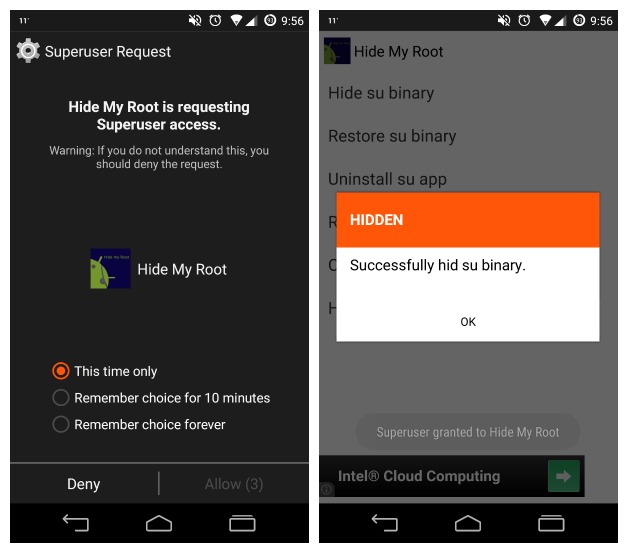 That’s it! You should be able to easily install apps that require your phone to be unrooted.

Apparently, there are a select few apps which do not work with Hide My Root, but these apps are extremely rare. Hide My Root does a very good job of hiding data from third party apps.

Best of all, the changes you make in Hide My Root are totally reversible.

What happens if Hide My Root doesn’t work?

Like I said, Hide My Root doesn’t work with all apps and there’s always the occasional app that isn’t fooled by Hide My Root’s trickery.

If you encounter such an app, then Hide My Root has one more trick up its sleeve: you can actually tap the Uninstall su app from within the app to temporarily uninstall the SU app. 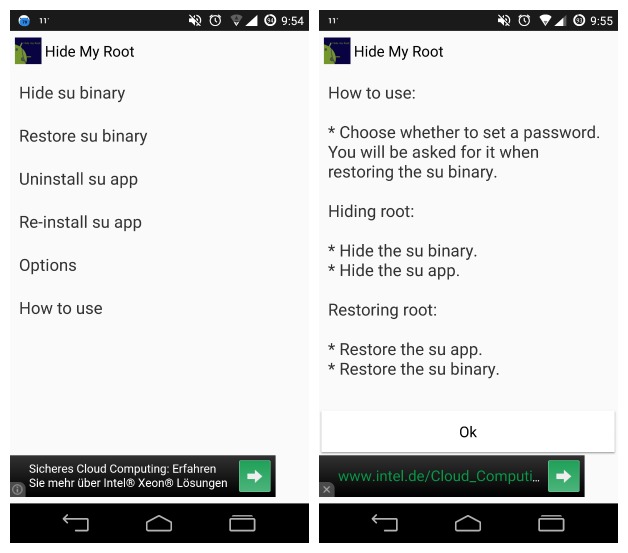 Then, once you’ve installed the other app, you can tap reinstall su app in Hide My Root with no harm done.

The only other way to trick phones into believing you’re not rooted is to actually unroot your device. And you probably don’t want to do that. Thanks to Hide My Root, you can easily install apps that don’t want to get along with your rooted Android.

Once again, you can install Hide My Root from here.