One of the most annoying parts of getting a new smartphone is removing all the unnecessary system apps from your home page. 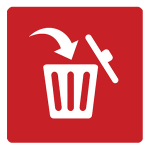 One of the most annoying parts of getting a new smartphone is removing all the unnecessary system apps from your home page.

What is System App Remover?

System App Remover is a root-only app that helps you safely uninstall unnecessary system apps. It has a database of apps which can safely be removed: those apps have been tested to ensure they don’t cause compatibility issues after they’re removed from the device.

The app is made by a developer named Jumobile. Currently, System App Remover is the only app Jumobile sells in the Play Store.

The app has an impressive rating of 4.9 stars out of 5 with a total of 92,174 reviews. It’s been downloaded between 1 million to 5 million times and is compatible with Android 2.3 and up.

How Much Does System App Remover Cost?

What Does System App Remover Do?

System App Remover aims to be the best way to uninstall system apps. It uses a filter to identify any system apps which can safely be removed.

All safe-to-remove system apps have been individually certified. System App Remover claims to have tested hundreds of devices to make sure you can safely uninstall certain system apps without causing compatibility problems.

Of course, System App Remover cannot guarantee that removing the system app is 100% safe because there are just too many Android devices out there. But if you’re using a popular device, then chances are pretty good that it’s been tested and you can use System App Remover without worrying about any problems.

Here are the core features of System App Remover:

-Release all app-related data when an app is removed

-Separate apps into different categories whether they’re user apps, system apps, or APK files ready to be installed as apps

-All apps are backed up in the recycle bin after removal, letting you easily restore system apps if you change your mind

Most people exclusively use System App Remover to remove unwanted bloatware apps from their device in a safe and effective way. If you want more features – like the ability to batch move APK files and search through current APKs on your device – then you’ll find them here as well.

As you probably know, Titanium Backup has an app uninstallation feature of its own. This feature lets you quickly uninstall system apps – or any apps – from your device with just a few simple taps.

So why would you use System App Remover? Because it’s the safer way. Titanium Backup just tells you which apps are on your device and lets you uninstall those apps without worrying about the consequences.

With System App Remover, you get to see which apps you actually should remove if you want a smooth, safe device. You also get to remove all data associated with that app – which means you have a cleaner device with more storage space.

Titanium Backup lets you smash down your entire house with a wrecking ball. System App Remover lets you pick which rooms you want to renovate.

Most Android devices come with anywhere from 10 to 30 system apps. I don’t know about you, but I rarely used my Samsung system apps. After rooting your device and installing System App Remover, here are some of the most popular apps to remove:

There’s something satisfying about scrolling through the list of system apps and checking the box beside each one.

If you’re new to Android rooting, then System App Remover is a must-install. This app lets you carefully remove unwanted system apps from your device – without worrying about causing damages.

Titanium Backup works in a similar way, but it hasn’t scanned each app to make sure it can safely be removed. That’s why System App Remover is the safer and superior way to remove unwanted system apps.

In any case, you can download System App Remover for free today from here.