It’s 2014 and most of today’s best apps are available on both iPhone and Android.

However, there are still plenty of exclusives on either side of the iPhone vs Android debate. Today, I’m going to list a few of the best Android-exclusive apps you may not have realized were Android exclusives:

I wrote about Textalyzer a few months ago. This little-known app compiles cool statistics about your text message history. It tells you which friends respond fastest to your texts and the average length of the texts you send to various friends. You can also see interesting stats like “most common word” and “emoticons used”. For whatever reason, this app has never been available on the iPhone.

And yes, for all you privacy nutjobs out there, Textalyzer doesn’t store any of your personal data. It simply performs in-phone calculations and doesn’t store that information for later use. So chill out.

The iPhone only has one file manager tool, and that tool is iTunes. It’s not very good at most file management tasks – like dragging and dropping media to and from your iPhone. It’s a convoluted, messy system that many iPhone users really dislike. 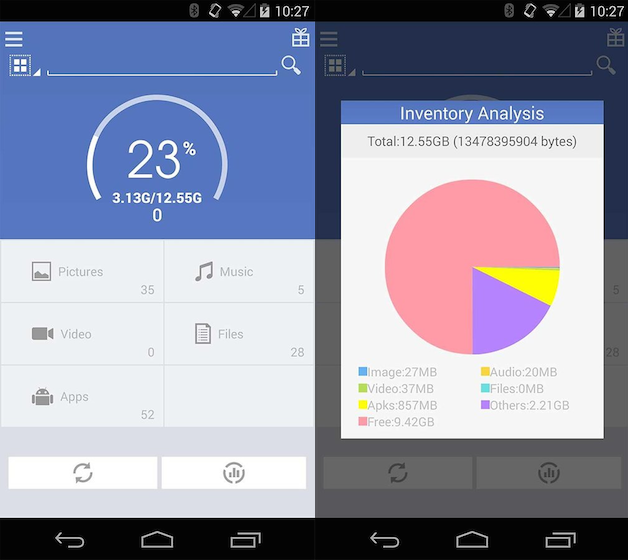 On Android, we have file managers which can do all of the hard file management work for us. These file managers colorfully break down hard drive data into interesting graphs while also letting us easily transfer files wherever they need to go.

Google nicely released its proprietary camera software for free on the Google Play Store, making it accessible to most Android users out there. As far as mobile cameras go, Google Camera may be one of the best.

Its two best features are “Lens Blur” and “PhotoSphere”. Lens Blur replicates the blurred backgrounds seen in fancy DSLR photos (aka “bokeh”), while PhotoSphere lets you capture a 360 degree panorama around yourself. 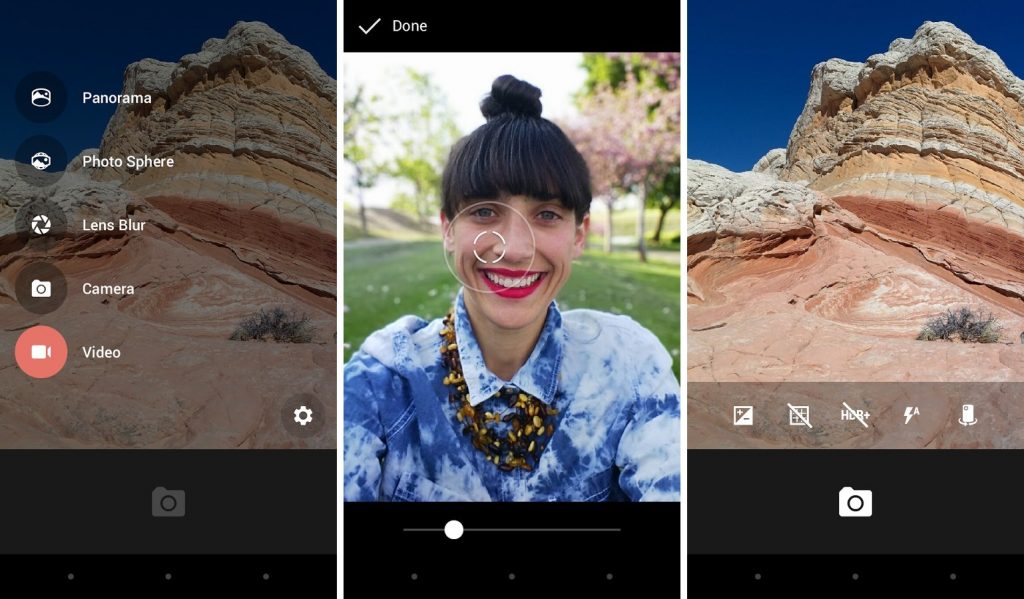 Oh, and you can also do wide-angle shots, fish-eye lens photography, and much more. It’s a great camera replacement that comes with a crazy range of settings.

AppLock lets you lock certain apps behind a PIN screen. There are lots of situations this may be useful. Let’s say you’re a parent who just wants your kid to play Flappy Bird – not rifle through your photos or email. With AppLock, you can easily do that. 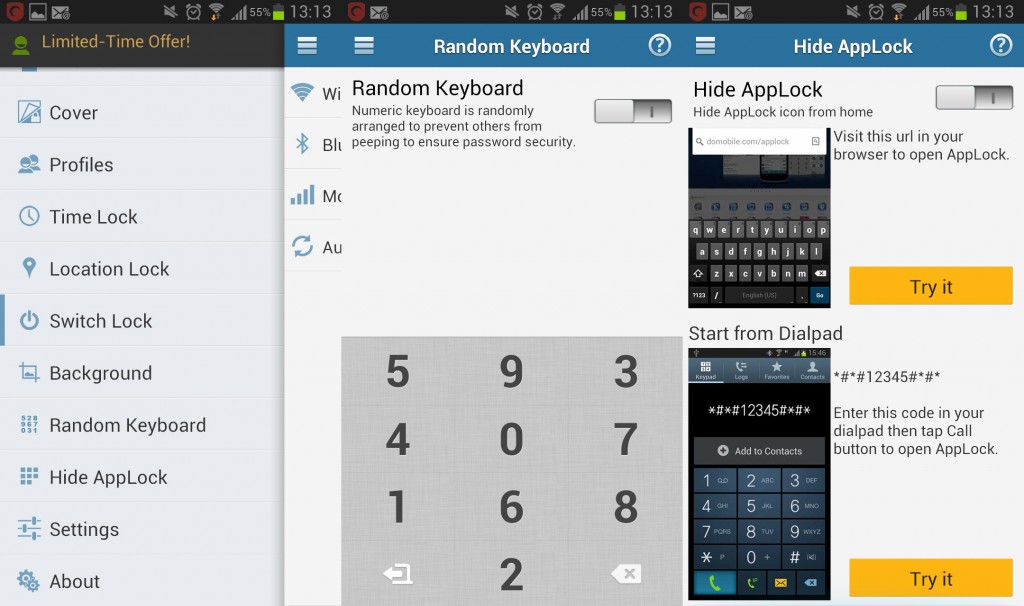 Whether you’re letting your girlfriend look at your phone or hiding super-secret data from prying eyes, AppLock is a very valuable app to install today.

Tasker may be the world’s most powerful mobile app. Although Tasker used to be incredibly complicated, it’s way more user-friendly today.

Tasker lets you set up certain conditions which trigger an event. It’s a lot like “If This Then That (IFTTT)”, but it’s way more powerful. If you want your music to start playing whenever you plug a headset in between 5:00pm and 9:00pm every day, then you can do that, for example. 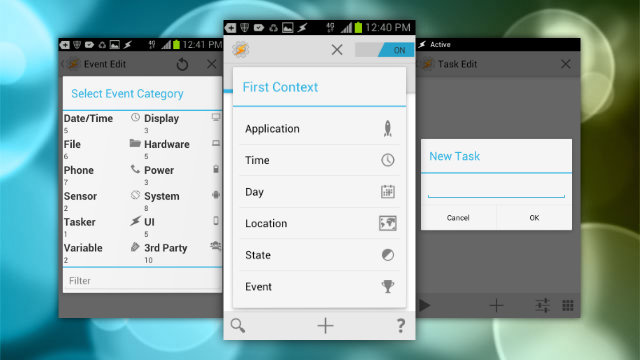 There are a bajillion good launcher apps available on the Play Store. BuzzLauncher and NovaLauncher are two of the most popular apps. They both offer streamlined UIs and colorful menus.

In any case, you don’t have to be locked into any UI when you’re using Android. Don’t like the way Samsung’s menus look with TouchWiz? Install a new launcher and it will feel like you just bought a new phone. 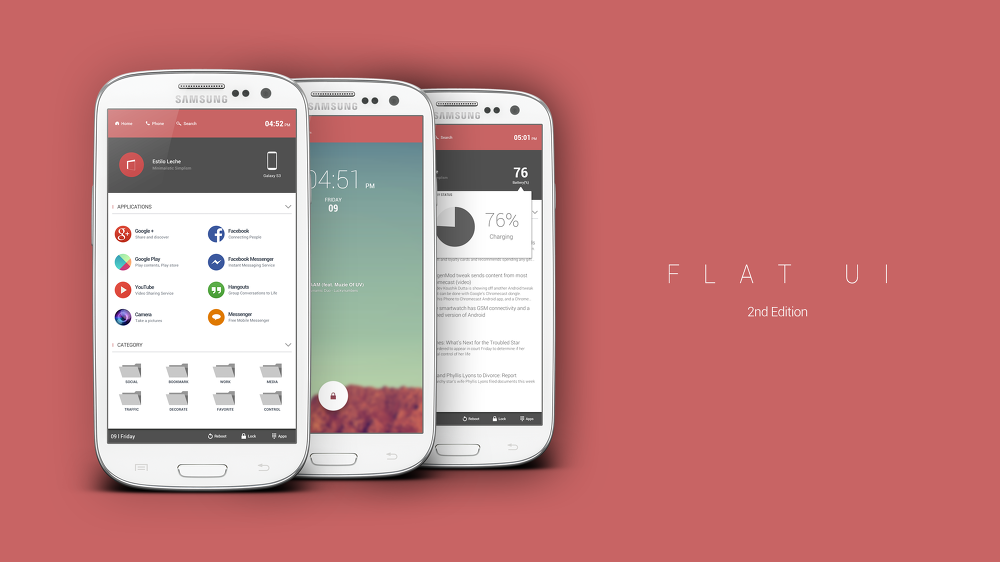 The iPhone never has supported launchers – and I doubt it ever will.

Basically, it’s a lock screen app. This app looks at your location and the time of day and uses that information to suggest certain apps you might like to use. 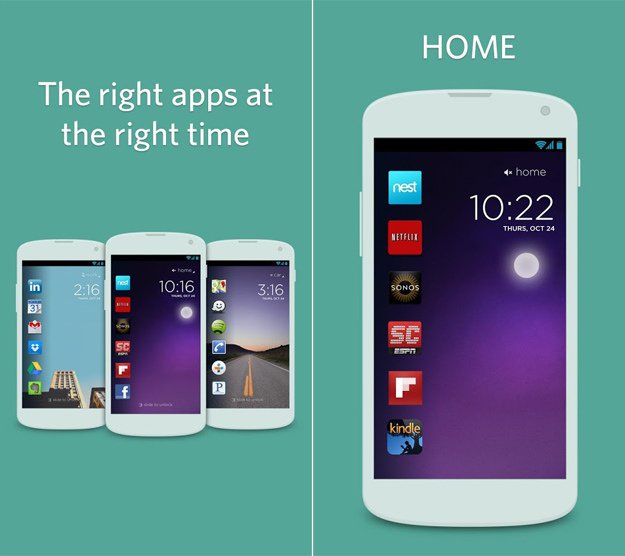 If you usually check your email at work, for example, and watch YouTube videos at home at night, then Cover Lock Screen will recognize that and suggest the “right apps at the right time.”

8) GO SMS Pro and any other messenger replacement

After months of using Samsung’s native Messenger app, I got tired of its slow performance and awkward UI. I switched to GO SMS Pro and haven’t looked back. GO SMS Pro is one of thousands of alternative Android messaging apps available on the Google Play Store. 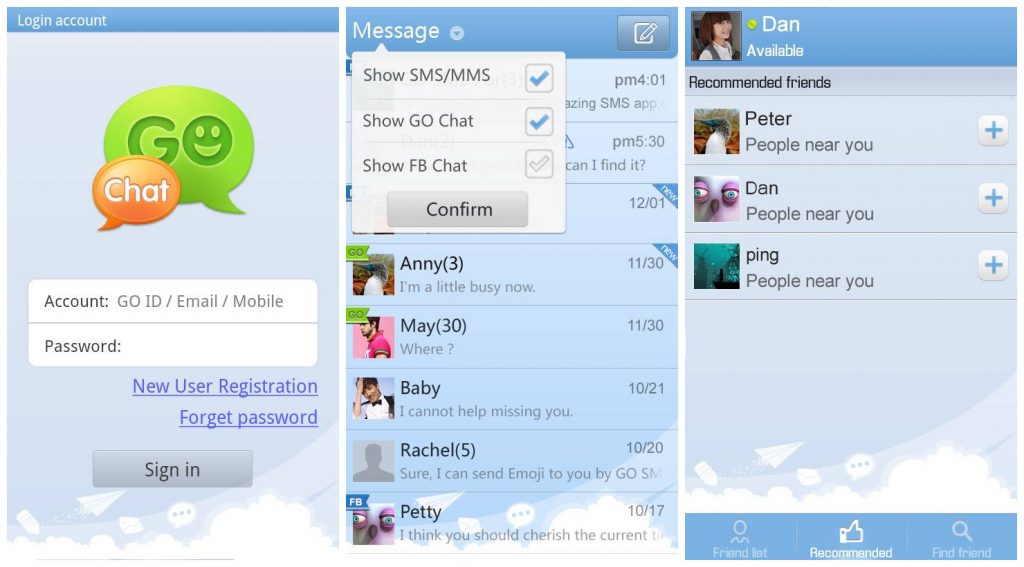 I like GO SMS Pro because it has a colorful range of entertaining features – like some crazy emojis and easy picture messaging. It also lets you text for free if you don’t cell coverage, but have Wi-Fi coverage. Plus, the other person doesn’t even need to use GO SMS for it to work.

The next time an iPhone user tries to brag about how many iPhone exclusives there are, you’ll have some ammunition in your gun ready to fire. Have fun!