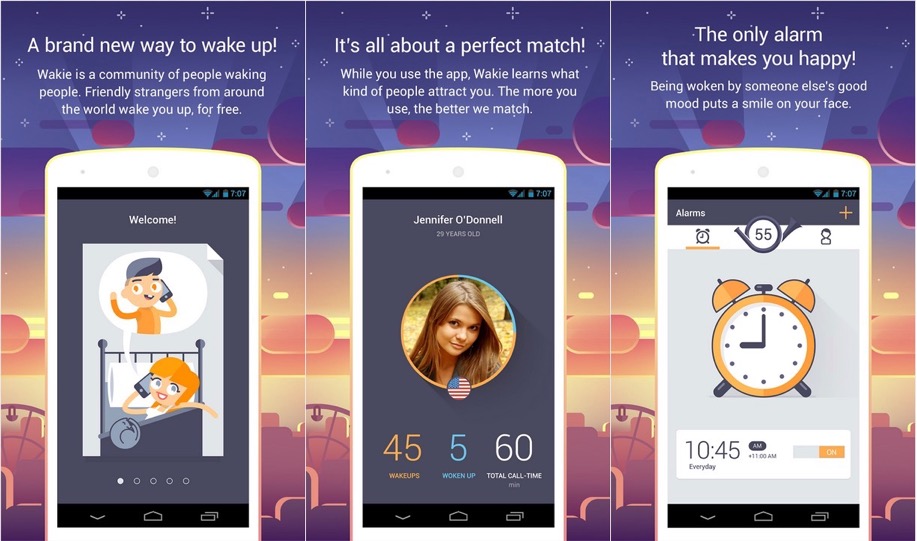 Do you have trouble waking up in the morning?

If so, then you’ve probably looked at a few different Android alarm clocks. Some alarm clocks make you solve a math problem before you wake up. Others make you scan a barcode of some product you have in your bathroom – like your toothpaste, forcing you to get up and move around.

But today, I’m here to tell you about an alarm clock that’s way more unique than any of those.

It’s called Wakie, and it forces you to talk to a real person the moment you wake up in the morning.

Wakie was based on the idea listed above: your brain wakes up faster when you’re forced to socially interact with someone.

So here’s how it works:

3) When the time comes to wake up, you’ll get a wakeup call from another Wakie user somewhere in the world.

In a perfect world, everybody who uses the app would also wake up other people with friendly greeting messages. So far, the app claims it has made 30 million wake-up calls around the world. It also has a total of 1.5 million users all over the world.

You can only set alarms, however, in a few select countries. Wakie is fully available in the United States, UK, Canada, Singapore, and Hong Kong. People in other countries can wake others up, but they can’t set alarms at this point.

How long do conversations last?

The calls last for a total of 60 seconds. If you set your alarm for 7am, you’ll get a call from a Wakie user at 7am. After 50 seconds, a warning sound comes over the call, and at 60 seconds, you’re disconnected.

In other words, the conversations are short, sweet, “quick and casual”.

What happens if nobody calls you?

Basically, Wakie is creating a community of people who like to be woken up by other people. Maybe, like one Redditor, you’ll get woken up by a drunk Russian man partying at a bar many time zones away:

Or maybe you’ll be gently woken up by some British girl with a perfect accent. Or a soft-talking Aussie surfer. Or maybe you’re still dreaming and you’re going to be chatting with some creepy-sounding dude every morning for the rest of your life.

It’s important to note that calls are anonymous. So even if you do meet your potential future ex-wife tomorrow morning at 7am, you might not be able to ever hear her again. 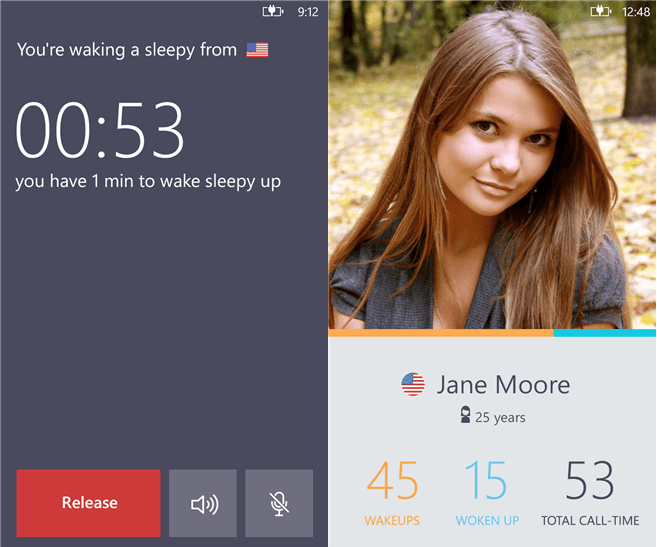 Download Wakie today from the Google Play Store. The app is available for both Android and Windows Phone at the moment, although there’s no iPhone version.