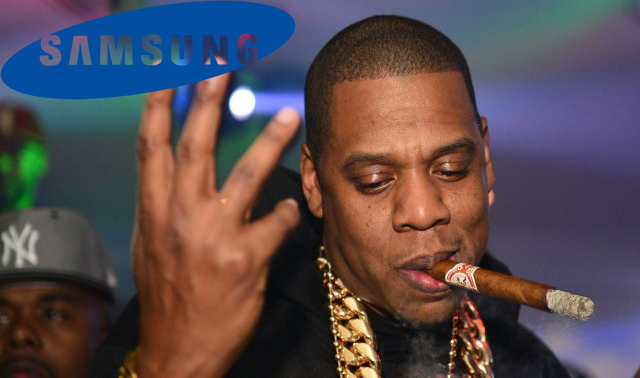 Last week, One Click Root revealed that Samsung recently paid Jay-Z $20 million as part of an exclusive contract. The nature of that contract wasn’t revealed until the NBA finals, when Samsung and Jay-Z teamed up for a commercial discussing Jay-Z’s next big album:

In that commercial, we see three minutes of Jay-Z talking about how he creates his music while previewing beats from the upcoming album. We see him playing around on a Note 2 at one point during the video, but other than that, we don’t see anything Samsung-related until the very end, when the screen reveals “The Next Big Thing Is Already Here”.

As far as I can tell, this is the first time something like this has been done by the music industry. Apparently, Samsung was so happy with its users that it wanted to buy them a present. So the first million users who download the Magna Carta app (which becomes available on the Google Play Store on June 24) will be able to have exclusive access to Jay-Z’s new album. 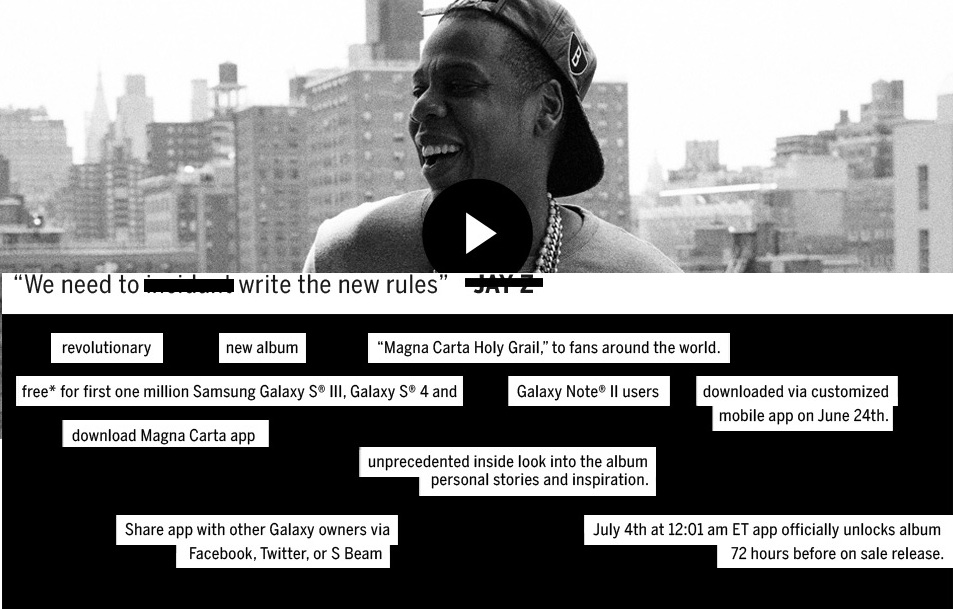 You can learn more at MagnaCartaHolyGrail.com, which will also feature the link to the Google Play Store App on June 24. After downloading the app, users will get full access to the Jay-Z album on July 1 at 12:01AM, a full 72 hours ahead of the official July 4 release, which will be a sweet Canada Day present for Canadian Galaxy users like me.