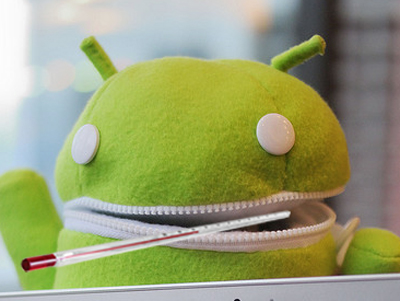 It’s easy to say mobile malware won’t affect you. But unfortunately, it probably will. If your Android device hasn’t already been infected, then it may be infected soon. Why? Well, year after year, Android threats have increased in number. And that increase is getting alarmingly large.

How large? Check out this graph of malware discoveries by year: 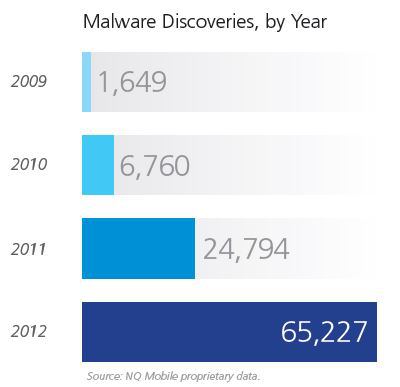 Those numbers come out of a study conducted by NQ Mobile, a security firm. For those who aren’t good at math, that’s a stunning 163% increase in mobile malware over the past 12 months alone.

The study examined a total of 5.3 million apps available in 403 different online stores. In total, 65,227 different pieces of malware were found over the past year, an exponential growth rate when compared to just a few years ago.

In addition, 32.8 million Android devices are currently infected by malware, which is an increase of 300% from only a year before.

Other viruses are designed to monitor web usage on your Android device and steal social media passwords. Some may even be able to turn on your webcams and microphone to record activity.

Simple measures you can take to protect yourself

As scary as the above numbers may seem, it’s not the end of the world quite yet. There are plenty of simple steps Android users can take to protect themselves, including:

-Only downloading apps from legitimate app stores, like Google Play or the Amazon Store

If you can follow those simple guidelines, the protecting Android from viruses shouldn’t be too difficult. Let’s just hope these virus and malware numbers start reversing soon.