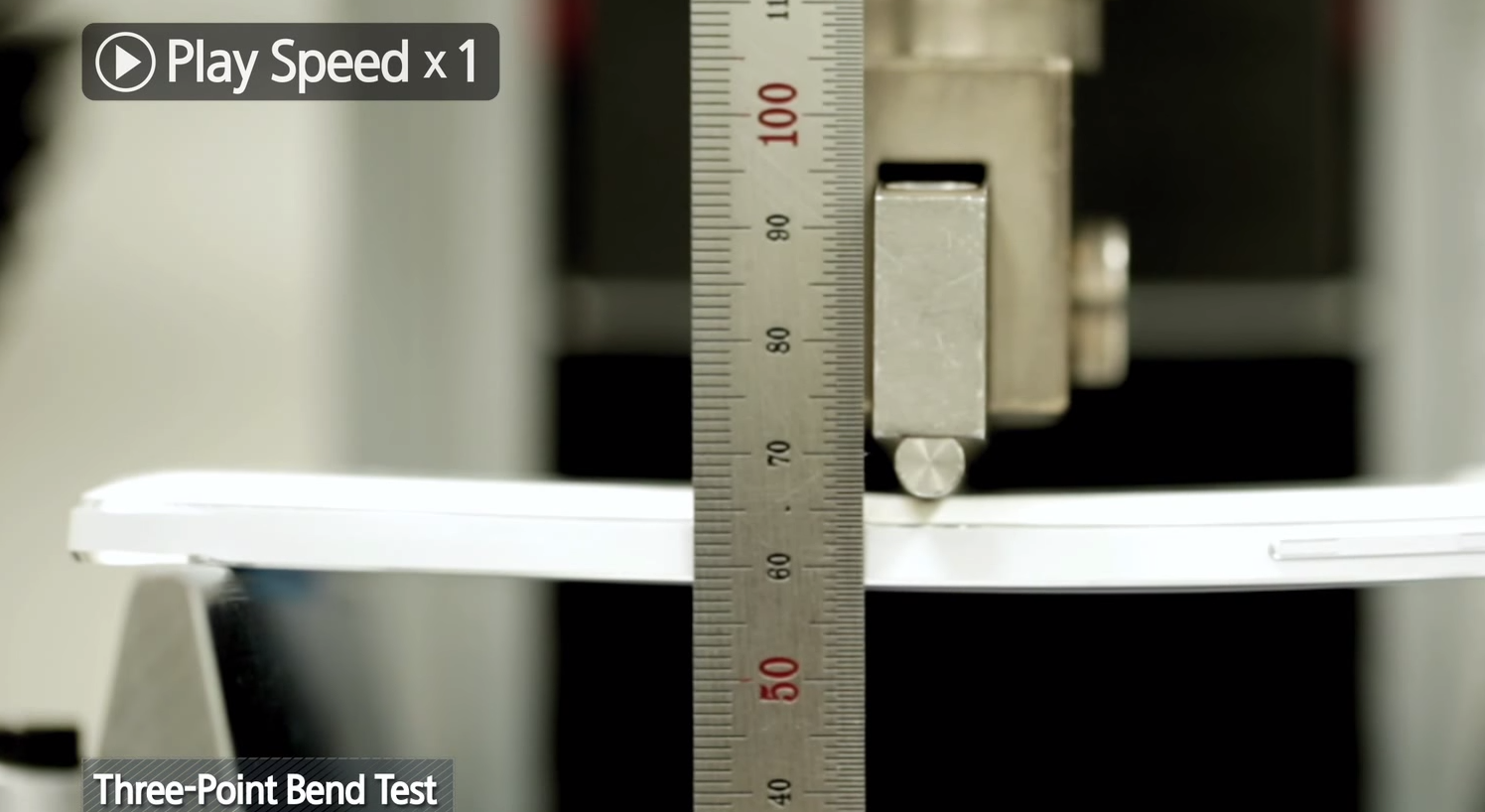 Last week, during the “bendghazi” or “bendgate” scandal, Samsung released an image showing the iPhone 6 Plus bending down to its real master, the Note 4.

This week, Samsung decided to take its anti-Apple advertising campaign a step further with a Note 4 durability test.

Samsung tested the Note 4 using a three-point bend test and human weight test. The results are cool to watch:

You can just ignore the first part of that video, which is weird and kind of creepy.

The second part of the video replicates the infamous “bend” test which the iPhone went through, where you push in with your thumbs and push out with your hands to create three points of pressure. The iPhone 6 Plus basically broke in that test, and the iPhone 6 didn’t do great either.

The Note 4, however, easily withstands that test. It slightly bends during the test but easily snaps back into place with no discernable damage or changes.

But skip forward to 1:09 of that video to see some big jeans repeatedly bouncing all over the Note 4. Thankfully, those jeans aren’t attached to a real human. The point of the test, however, is to replicate the effect of sitting on the phone hundreds of times.

The secret to the Note 4’s durability, according to Samsung, is its metal frame which includes a magnesium bracket as well as “mutually reinforcing structure between parts.”

Samsung ends the commercial by saying the “Galaxy Note 4 is big, thin, and light, but STRONG”.