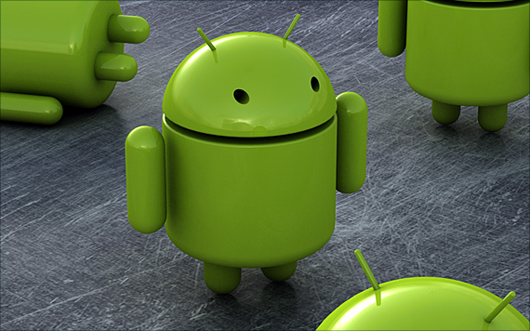 It’s no secret that Android and iPhone are the two most popular smartphone operating systems on the market today.

But recent IDC data shows exactly how popular those smartphone operating systems are.

The latest IDC data for Q2 2014 shows us that worldwide Android and iOS market share rose to 96%.

That’s a ridiculous stranglehold on market share and consumers should be worried. Here are some concerns that members of the tech industry have about that 96% market share figure:

-Android and iOS combined have 96.4% market share, which leaves “little space for competitors” 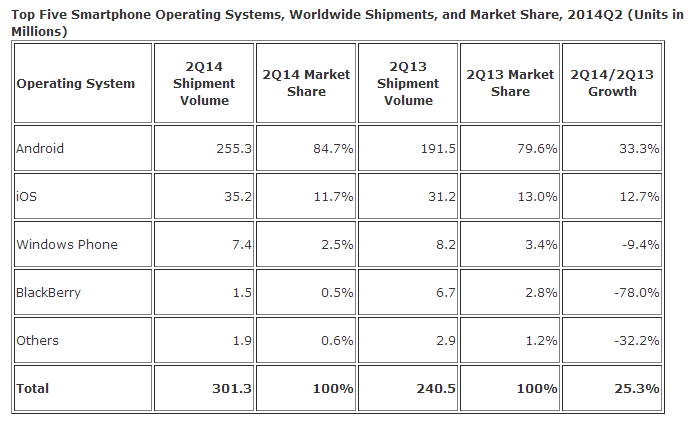 -Mobile OS competitors have faced “an incredible upward slog”. Windows Phone, for example, has been around since 2010 but has never risen above 5% market share. Blackberry, on the other hand, is virtually a non-player in the market at this point.

-App developers can drastically minimize development costs by focusing on the two largest ecosystems while ignoring all other OSes, which further increases their stranglehold on the market 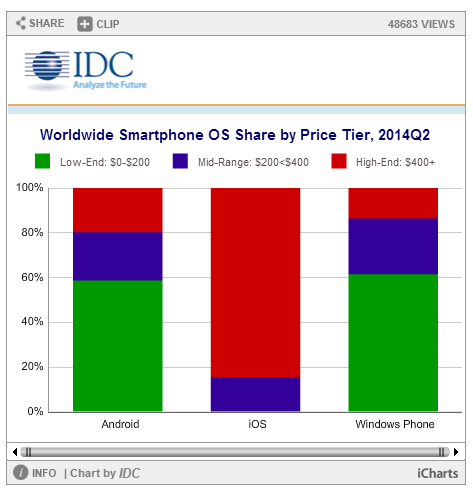 -Phone manufacturers, by extension, have little incentive to develop their own operating system

Why this isn’t necessarily a bad thing

When you read the news that two operating systems have 96% market share of the global smartphone market, that sounds really bad for competition.

However, there’s more than meets the eye.

Android isn’t really a single operating system managed by a single company. Instead, there are two separate parts to Android: forked Android and “standard” Android.

Forked Android is the open-source Android Open Source Project (AOSP). Anyone can download and run AOSP on their devices without paying any money to Google.

Standard Android, on the other hand, requires paying subscription fees to Google for using its services – including the Google Play Store and Google Maps.

Approximately 20% of all Android devices are forked. In other words, the market share controlled by Google and Apple is slightly less than 96%.

As consumers, we should be encouraging competition. I like writing articles talking about how Android’s market share is gaining while Apple continues to slip – but at the end of the day, consumers lose when there are only one or two dominant mobile operating systems.