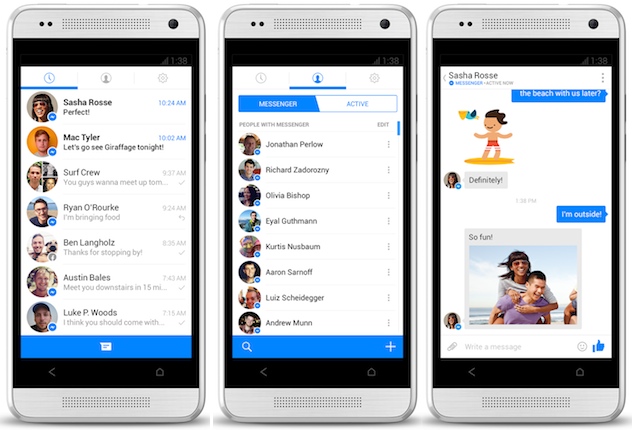 Facebook Messenger was forced onto us earlier this year. Over the summer, Facebook made it impossible to send and receive messages over the default Facebook app. You had to download Messenger instead (or use a clever workaround).

People were scared of Messenger. The app came with some frightening permissions – like the ability to call your contacts without your explicit permission.

And now at least one security researcher has come out and said it: Facebook Messenger is spyware in disguise. Here’s what you need to know.

How’s that for a scary quote? One security researcher named Jonathon Zdziarski, who focuses on iOS security, recently tore down the Facebook Messenger app and looked at the code:

What he found was surprising:

“There is a lot of code that suggests Facebook is running analytics on nearly everything it possibly can monitor on your device.” 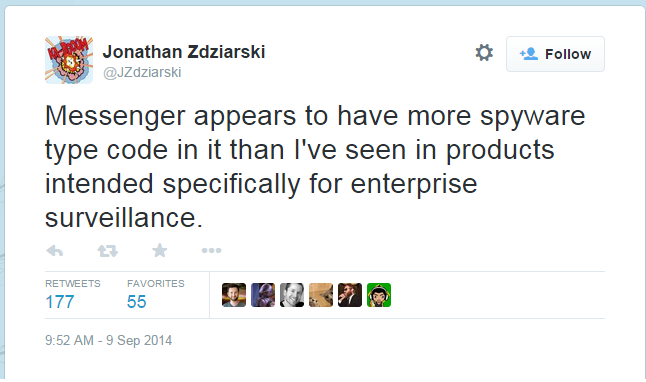 One of the creepiest parts of this story, however, is the response of a Facebook engineer, who said Facebook was simply using the analytics “to make the app faster and more efficient.”

“These accusations are completely unjustified. Privacy is core to our approach with Messenger, and like any developer, we analyze usage trends to make our apps better, faster, and more efficient.”

If you read between the lines there, Facebook didn’t deny monitoring user data and it also didn’t specify which kinds of data were being used. Of course, when saying it “respects user privacy”, that simply means Facebook only shares user information with its advertising partners – which is a large group of people.

Facebook is also trying to compare its user data analysis to “any developer”. But if Zdziarski is to be believed, then Messenger spies on its users more than the vast majority of apps out there.

I guess now we know why Facebook was pushing Messenger so hard earlier this year. We also know how Facebook is a multi-billion dollar company without charging for its app or services. Nothing on the internet comes for free, folks.