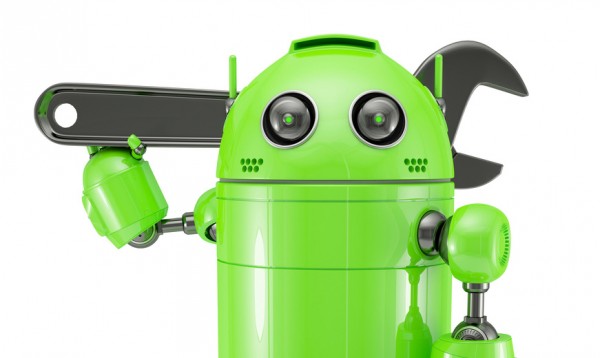 Android is the world’s best mobile operating system. We all know that.

But Android isn’t perfect. Like any electronic device, your Android smartphone can slow down over time. Junk files build up, storage space disappears, and before you know it, it takes 30 seconds just to send a text that says “K.”

So why do Androids slow down? And what can you do to speed them back up? Keep reading!

5) You’re running out of storage space

Out of all the slowdowns listed here, this one tends to be the most common. If you have a slow Android, the first thing you should check is your available storage space.

All those apps you’ve installed over the years can quickly take their toll. It’s not always the size of the apps themselves, but the additional information that comes with those apps.

Check your storage space by going to Settings > Storage. There, you’ll be able to see your total used space and total free space. 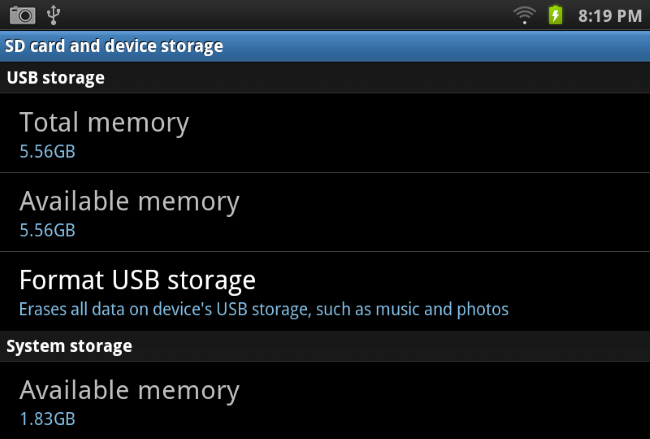 I recommend leaving at least 20% of your phone’s storage space unoccupied. Anything more than that, and your performance starts to noticeably decrease.

This one’s easy: make some room! Here are some easy ways to do that:

-Go to Application Manager and uninstall apps you no longer use

-Then, cache data and user data from apps that you use and don’t want to uninstall

4) You’re using too many homescreen widgets

This is probably the second most common reason your Android is slowing down: you’ve got a widget addiction. It’s okay. The first step is admitting you have a problem.

Widgets are one of the greatest parts about owning an Android device – until they start slowing down your system. If you have 3 or more widgets on your homescreen, try removing a few widgets to see if that makes a difference.

Or, what I do is remove all my widgets and then add widgets back on until I notice a performance dip.

Remove performance-draining widgets and drastically reduce the number of widgets on your homescreens.

This problem is particularly common if you have a third-party launcher. That launcher has to render the UI of the widget every time it’s shown to you. This stresses the RAM and CPU power of your phone. 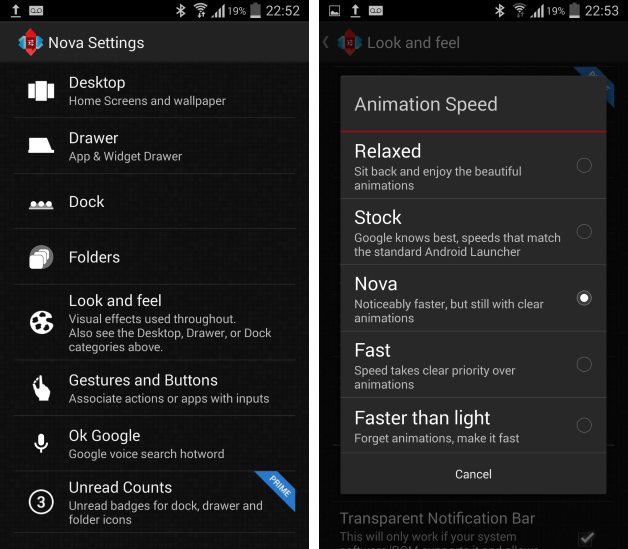 Changing these animations can significantly improve the perceived speed of your Android device.

Open your launcher’s settings menu and look for either an “Animations” section or, in the case of Nova Launcher, a “Look and feel” section. You can choose to use a relaxed, stock, fast, or “faster than light” setting.

Changing the animation settings on stock Android isn’t quite as easy, but it is possible. I wrote an article on this a few months ago, about how you can easily speed up Android performance by changing your animation scale to 0.5x instead of 1.5x. It actually works really well.

If you’re an app-hog, then you probably have a few too many background apps running at any one time. Android is very smart about how it deals with multiple apps running simultaneously. However, you can take an extra load off Android by disabling the background functionality of apps you’re not using.

Is this problem affecting your Android? First, go to your “App Switching” menu (hold down the home button or press the apps button on Nexus). Then, tap the little pie chart icon in the lower left hand corner of your screen.

From this screen, you can see the number of active apps currently running, more importantly, you can also press the “Clear memory” button to instantly close all your background apps. 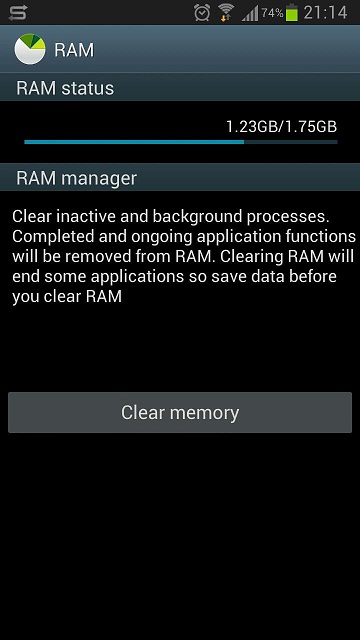 This is only a temporary solution to a larger problem. You can permanently solve this problem in a few different ways. First, you can install an app like Greenify, which requires rooting but locks certain apps from running in the background when you don’t need them.

Alternatively, you can simply uninstall the offending apps that like to run in the background.

1) You haven’t restarted your device in a while

A few months ago, I explained that you never really need to reboot your Android device if it’s performing normally. A lot of people got mad at me, claiming they had fixed plenty of Android slowdown errors and problems simply by restarting their systems.

In any case, restarting your Android can provide valuable peace of mind – but that’s about it. Restarting clears out a few temporary app caches and can solve minor app problems. But most problems will persist after you restart. Still, it’s worth a try.

Hold down your power button and press Restart.