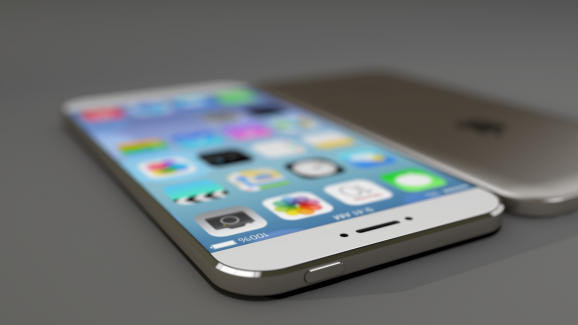 Ten years ago, Microsoft was the darling of the tech world.

They were one of the wealthiest, most powerful companies in the world and the majority of the world’s computers ran Microsoft products.

Then the mobile revolution happened and Microsoft missed out.

Five years from now, we could be painting a similar picture about Apple. Recently-released data indicates how much Apple needs the iPhone 6 to be a hit.

In fact, Apple could be in huge trouble if the iPhone 6 isn’t a worthy competitor to Android.

Apple managed to sell 35.2 million iPhones in Q2 2014 (an increase of 4 million year over year) while 255.3 million Android smartphones were sold over the same period (an increase of 64 million).

That means for every one iPhone sold, there are 7 Androids sold.

In terms of market share, Android noticeably rose year over year while the iPhone dropped. In chart form, this looks scary for Apple: 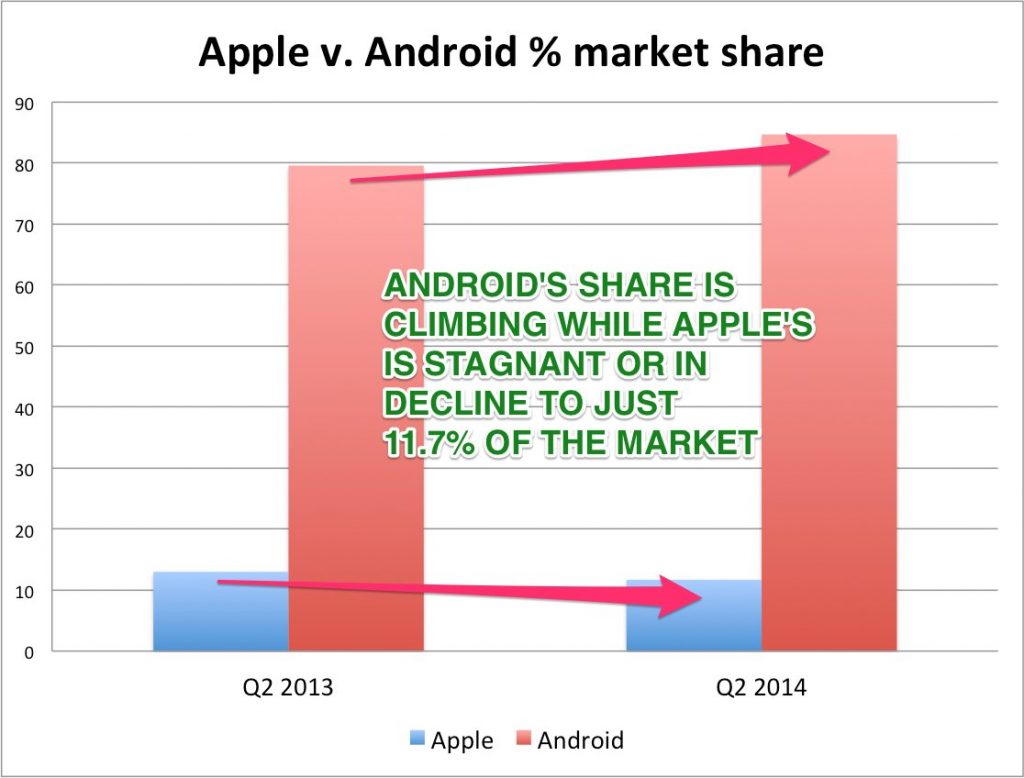 In another chart, which measures total sales, Apple rose year-over-year, but nowhere near as much as Android: 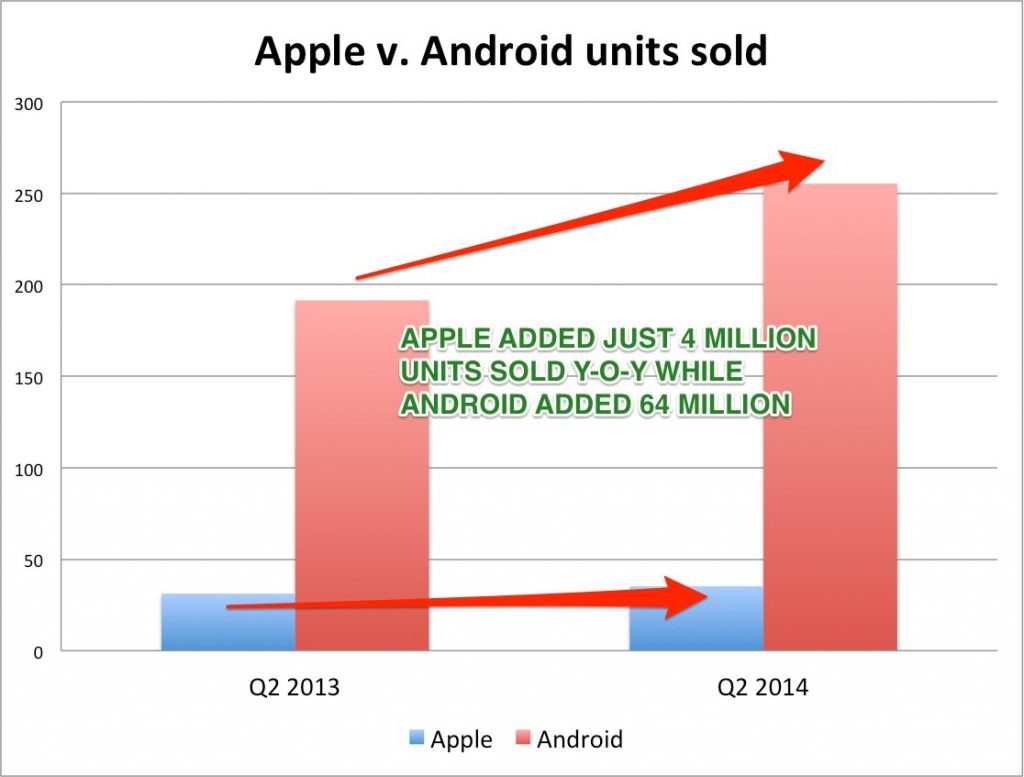 Demand is strongest for smartphones less than $300 with large screens

Apple recently admitted (internally) that the most popular smartphones cost less than $300 and have large screens.

The iPhone, on the other hand, has a tiny screen and costs over $600.

In other words, Apple doesn’t have what the average people want. 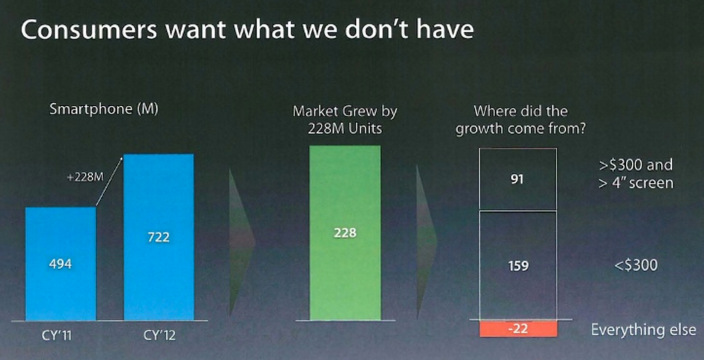 Of course, some people argue that Apple doesn’t care what the average people want: it’s catering to a niche market of consumers that want a glitzy, overpriced, undersized smartphone.

As long as profits keep flowing, that’s fine for Apple. But that niche is becoming smaller and smaller.

Why is that niche disappearing? A lot of it has to do with developing countries. Places like China, India, and Brazil have just recently adopted smartphones en masse.

The inevitable conclusion to get from this data is that Apple is going to release a smartphone that:

-Has a larger screen

Both of those numbers are extraordinarily high in the crowded tech marketplace.

Apple could reduce its profit margins to 20%, increase its screen size to 4.7 inches, and drop the price of the iPhone to a more reasonable amount.

Carriers wouldn’t have to heavily subsidize the iPhone to offer attractive contracts. They could start promoting Apple products again instead of so heavily promoting Android.

If Apple can increase the screen size while reducing the cost of the iPhone 6, they have nothing to worry about. If they release another iPhone with bad specs, small screen size, and an expensive price tag, then I expect market share to drop even lower by Q2 2015.

Personally, I can’t wait to see what Android’s biggest competitor does in September 2014.